Presentation The Tarraconensian Centre, El Seminari, is ubicated in the high part of the city of Tarragona, and is an initiative of the Archbishopric of Tarragona and  situated in the remodelled building of the Pontificial Seminary of Tarragona. Sited by the side of the Diocesan Archives, the Archbishops Palace, the Cathedral, the Diocesan Museum and the Biblical Museum, we find ourselves before a reformed building with a great respect for historical tradition. Sited on the Acropolis of Tarragona forming a part of the historical area of this city, and recognised by Unesco in the year 2000. The local church of Tarragona offers  a valued  space for dialogue with culture, for society a place for the service to mankind in the 21st century. The rehabilitation and modernisation of the building of some 7.000 square metres, was due to its deteriorated condition with the passing of the years, has permitted the Seminary to open its doors as the Tarraconensian Centre. The actual building was erected in 1883. The Seminary of Tarragona, and institute founded in the 16th century, in 1883 transfered its location from the Rambla Vella to the Street Saint Paul. The new building was erected at the instance of archbishop Benet Vilamitjana y Vila (1879-1888), and was completed in 1886. The architect August Font i Carreras (1846-1924), disciple of Elies Rogent, designed a monumental neo.gothic area around two cloisters and centred on a chapel. 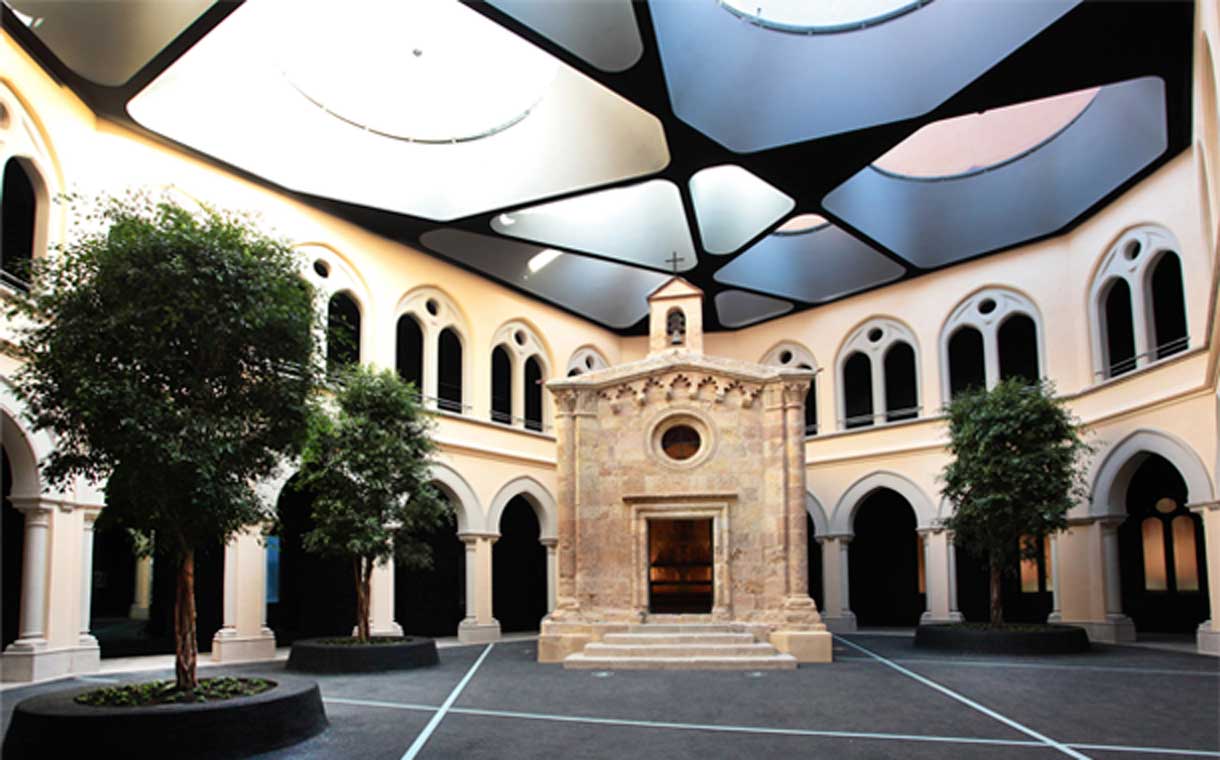 The building of the Seminary is also the place of the priestly residence, the Minor Seminary, the new istatlations of the Superior Institute of Religious Sciences, the Library of the Pontificial Seminary containing more than 100,000 volumes with a space open to the city, it will also house the Pastoral Delegation for Youth,the seglar Apostolate, Cachetism, Biblical Teaching and Animation of the Archbishopric. The archbishopric opens to the city a valuable patrimony, practically unknown. A place that takes us back to the 2nd century with the visualization of the roman wall, with the Chapel of Saint Paul commemorating the preachings of the Saint according to tradition in Tarragona and the public opening of the great Library of the Pontificial Seminary with its more than 100.000 volumes, among which can be found numerous incunables, and which offers an important bibliographical and documental basis from the 13th century.