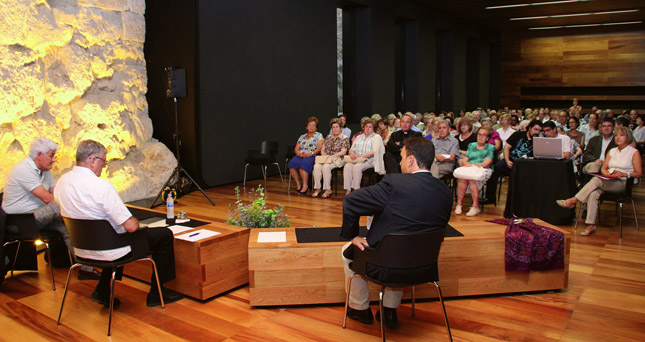 The Tarraconensian Centre on Monday 17th September held the first dialogue on Missionary co-operation organised by the Diocesan Delegation for Missions, under the title, “Interpelation from the mutual experience of personal projection by the side of the poorest”. The meeting with a notable affluence of public, led to an informal interchange of experiences and of concerns from the double perspectives offered by the work of missionaries and of international co-operants. It counted with the participation of Mons. Luis Sole Fa bishop of Trujillo whose trajectory was with the indiginant communities of Honduras and Dr Xavier Manubens Bertran, orthopedian who has worked for over a decade on various projects in India, Haiti and Chad. The moderator of the meeting was  the solicitor Daniel Arzamendi Balerdi.

The mood of the dialogue allowed different aspects of the work to be analized, such as coincidences and differences between various ambits, the adequate personal perspectives with which co-operation is faced, the necessity to mould the objectives and circumstances of the work to the destiny of the said, the effects of the economic crisis in the help programmes to developing countries, the interchange of visions and values which suppose co-operation with these peoples and the need to give new impulse to the volunteers.