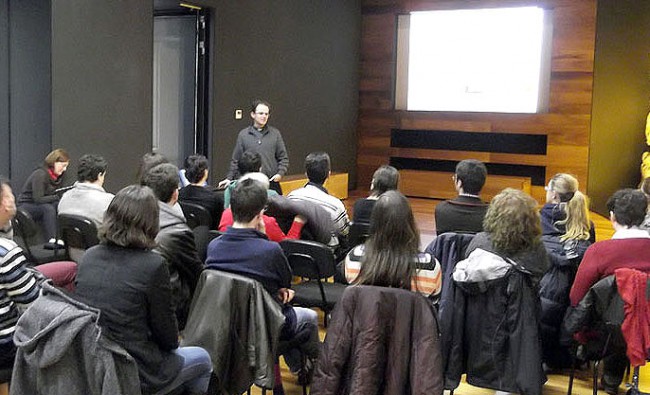 Some twenty animators and youths of the archdiocese participated on Saturday 16th March, in this meeting and the recess of Quaresma organised by the Delegation for Youth of the archdiocese and conducted by Mn Bruno Berchez, delegate for youth of the Archbishopric of Barcelona. Mn Berchez during the first part of the meeting spoke of the need to transmit and communicate the good news to the young in a context were a diversity of paths exists with a thousand possibilities to choose from. Evangelisation is no more than Jesus asked of us. We should be aware that that we are unable to transmit the good news of Evangelism if we have not first found for ourselves the Lord, if we have not experimented this encounter which gives a new horizon, he added.

During the meeting, Mn. Bérchez gave some clues, thirteen ingredients for the new evangelisation which could be applied in juvenile pastorals, each one in its own ambit. Finally he suggested resources and activities and seven plates of the new evangelisation  which are being carried out in Barcelona and other diocese of Cataluña and which count with good acceptance on  the part of adolescents and youths, such as Café Youcat, Solidarity Week, The Alpha course and Life Teen.

Following a pause was held the recess for Quaresma during which apart from the Gospel of the Samaritan and the sending forth the mission of the twelve apostles together with questions on personal meditation, the youths were able to pray and reflect on conversion and the call.

Over two hundred persons participated in the diocesan meeting for formation of catechists on the morning of Saturday 16th March at the tarraconensian Centre El Seminario. The theme ‘Belief and teaching to believe’ this meeting was held within the year of faith invited catechists to understand the act by which they give themselves totally and with complete liberty to God and how to transmit that in which they believe.

Following prayers the meeting began, which was divided into two parts. The first by Mn Albert Viciano, , on the history and significance of the Creed from the formation on Easter day upto our time. Following a pause in the area of the Walls of the Centre, the second part was led by Mn F.Xavier Morell, diocesan delegate of Catechism and Catechumen, who explained the Creed by way of the mystery of the Trinity, Belief in God the father, belief in Jerusalem, belief in Jesus Christ and belief in the Holy Spirit;  in a didactic manner that can be transmitted to the children.

The next diocesan meeting of catechists will be on Sunday 16th June in Reus. 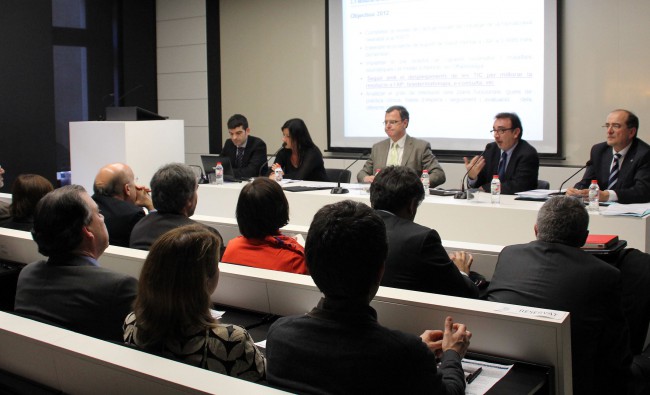 The Tarraconensian Centre on Wednesday 6th March hosted the meeting regarding the Health plan 2011 – 2015. The act counted with the participation of some two hundred professionals from the sanitary field. And was presided over by the Councillor for Health of the Generalitat of Cataluña, Boi Ruiz, who expressed his satisfaction regarding the new work experiences which the tarraconensian professionals exposed during the meeting within the mark of this sanitary plan. Among other questions he noted the urgent pedriatic attention and the strategic alliance between various hospitals. 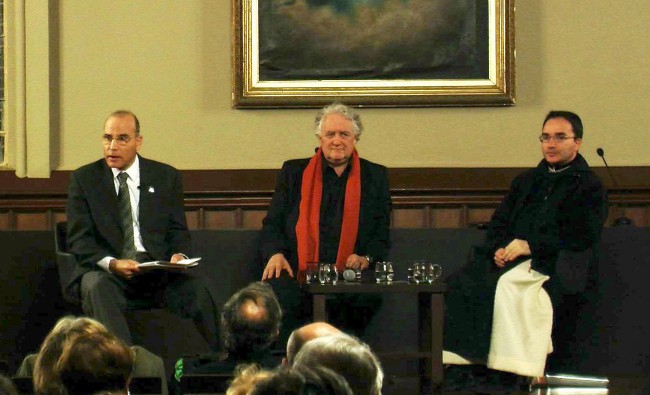 With the Year of Faith, on 28th February, was held the first of three dialogues organised by the Archbishopric, with the object of transmitting the sense of faith to persons aparted from the church. This first meeting entitled “The origin of life” counted with two relevant thinkers from our country, as Dr Jorge Wagernsberg, physic and director of the Foundation La Caixa and P.Lucas Torcal, physic and prior of the Monastery of Santa Maria at Poblet. F.Xavier Rius, professor of Science from the Universioty Rovira I Virgili (URV) acted as moderator.

Taking various ideas which were introduced by the moderator both participants put forward interesting aspects in existing relations between faith and science, each from his own perspective agnostisism and faith. The beginning of life in the world, the sense of being, moral progress, the contrast between evolutionism and creation or the presence of God in evolution were some of the themes treated during this meeting. Those assisting could take part by planting various questions which led to more debate.

The meeting was transmitted direct by the channel of television via the Internet of the Archbishopric, and could be seen in its entirety via. http://endirecte.arqtgn.cat/.