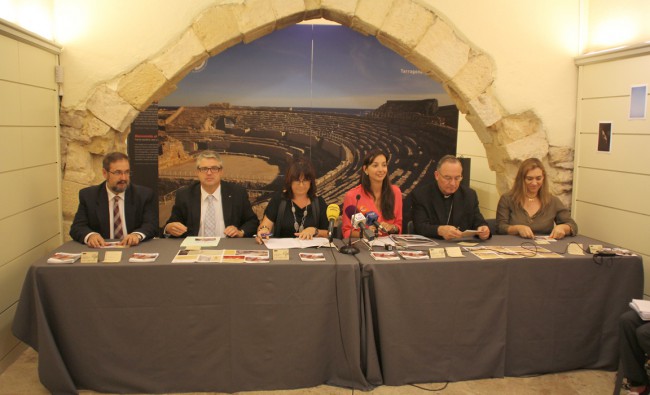 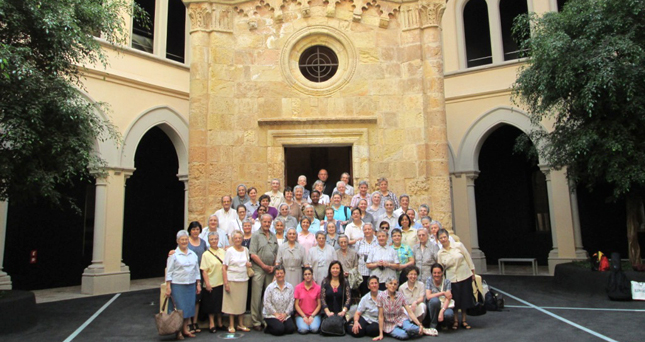 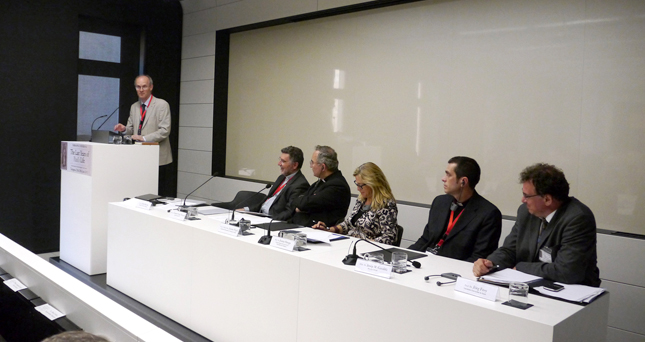 On Tuesday 24th June the Archbishop declared open the international Congres regarding the last years of the apostle of the gentiles organised by the Superior Institute of Religious Sciences Saint Fructuosus (INSAF), which was held in the Tarraconensian Centre, El Seminario and which concluded on 29th June. The Congress was moved by the Faculty of Theology of Cataluña and counted with thirty professors from different universities and faculties of Theology from Germany, Belgium, France, Italy, the United States amongst others.

The inaugural act was presided over by Archbishop Mons Jaume Pujol, in the presence of the vice-president of the Government of the Generalitat of Cataluña, Joanna Ortega, the vicar general of the archdiocise, Mons Joaquim Fortuny, the dean president of the Faculty of Theology of Cataluña, Dr Armand Puig, the director of the Superior Institute of Religious Sciences Saint Fructuosus, Dr Josep Maria Gavalda. Among other civil authorities were the delegate of of the Government of the Generalitat of Cataluña in Tarragona, Quim Nin, the lieutenant of the Town Hall of Tarragona, Xavier Tarres, the vice-president of the Diputacion of Tarragona, Albert Vallve; the secretary general of the University Rovira y Virgili, Antoni Gonzalez, the director general for religious affairs of the Generalitat of Cataluña, Enric Vendrell; the director of Territorial Services of the Department of Government and Institutional Relations, Dolor Murillo and the director of the Cultural territorial services, Jordi Agras amonst others.

Professor John Barclay (Durham. England) gave the inaugural lecture titled “The last years of Paul: questions put forward”. Barclay marked three principal aspects which during the period of the Congress attempts to answer these would be made. The first, the historical problems which exist though we have diverse fonts of disposable information such as the Gospel of Luke, the Acts of the Apostles and the apocryphal texts which might throw some light, also the interest of the first Christians and how in actuality to know what happened in the last years of Paul and the questions which from here arise, such as  for example what was the relationship of Paul with the Roman and Jewish authorities, what was he accused of by the roman authorities or simply how he died. “The silence in the Gospel of Luke regarding the last years in the life of Paul is suspicious”, explained Barclay – “and makes us think of the figure of Paul as a Jewish apostate”. He added “The trial of Paul has something to do with the fire of Rome in 64.A.D. during the rule of emperor Nero.

The vice-president of the Government Joanna Ortega congratulated INSAF for making this congress possible. Ortega pointed out the energy and strength which so characterised Saint Paul and that thanks to this effort today Christianity is universal. “She hoped that the conclusions would prove that Saint Paul reached home but if not it did not matter, his values would continue to be ours”, she concluded.

Finally the archbishop declared the International Congress of Saint Paul open. “We hope that the Congress which we inaugurate today will mark an important point in Pauline studies and that it would be recorded and cited internationally as the Congress of Tarragona”. In his speech he made reference to the letter written by the bishops of the Conferencia Episcopal Tarraconense in 2008 titled Paul, “Apostle of our city” with the motive of the Pauline Jubilee Year and a fragment of the Passio Fructuosi were it is given to understand that the Christian community of Tarraco appreciated the testimony of Paul and recognised bishop Fructuosus as a pastor in the model of the apostle. 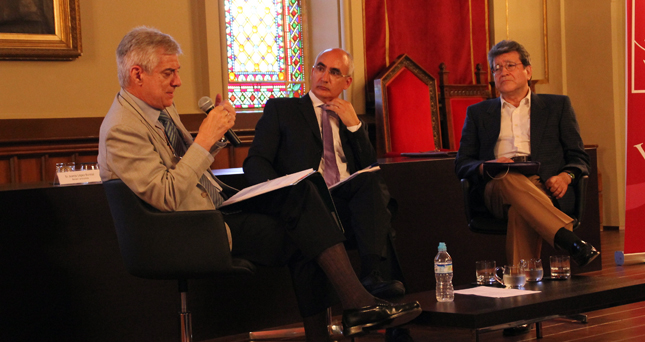